The Fiddler system architecture is designed to fit seamlessly into most Kubernetes-based environments, with minimal external dependencies.

A full-stack deployment of Fiddler is shown in the diagram below. Fiddler platform applications and infrastructure are shown in blue and orange, respectively. External systems are shown in lavender. 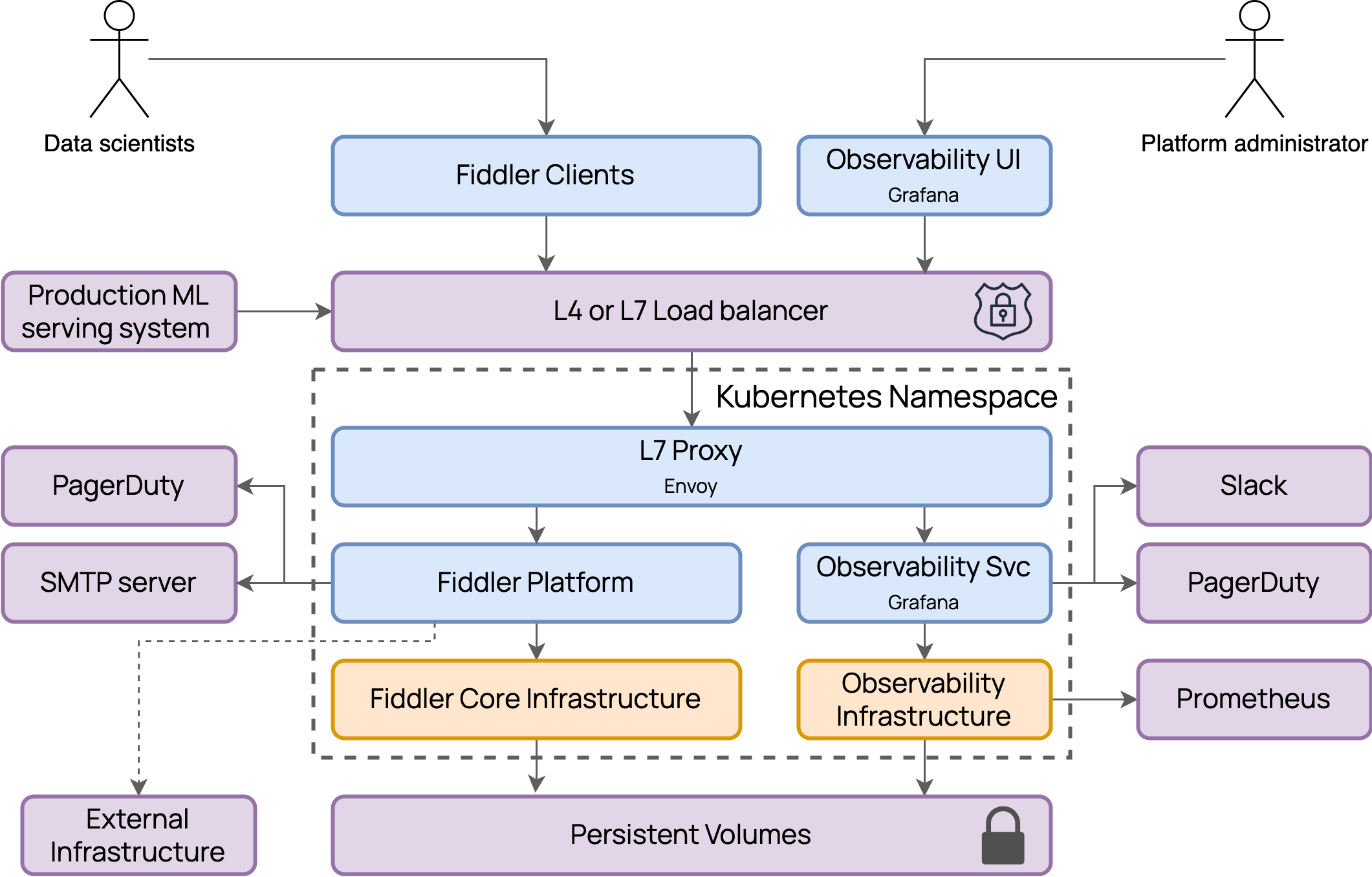